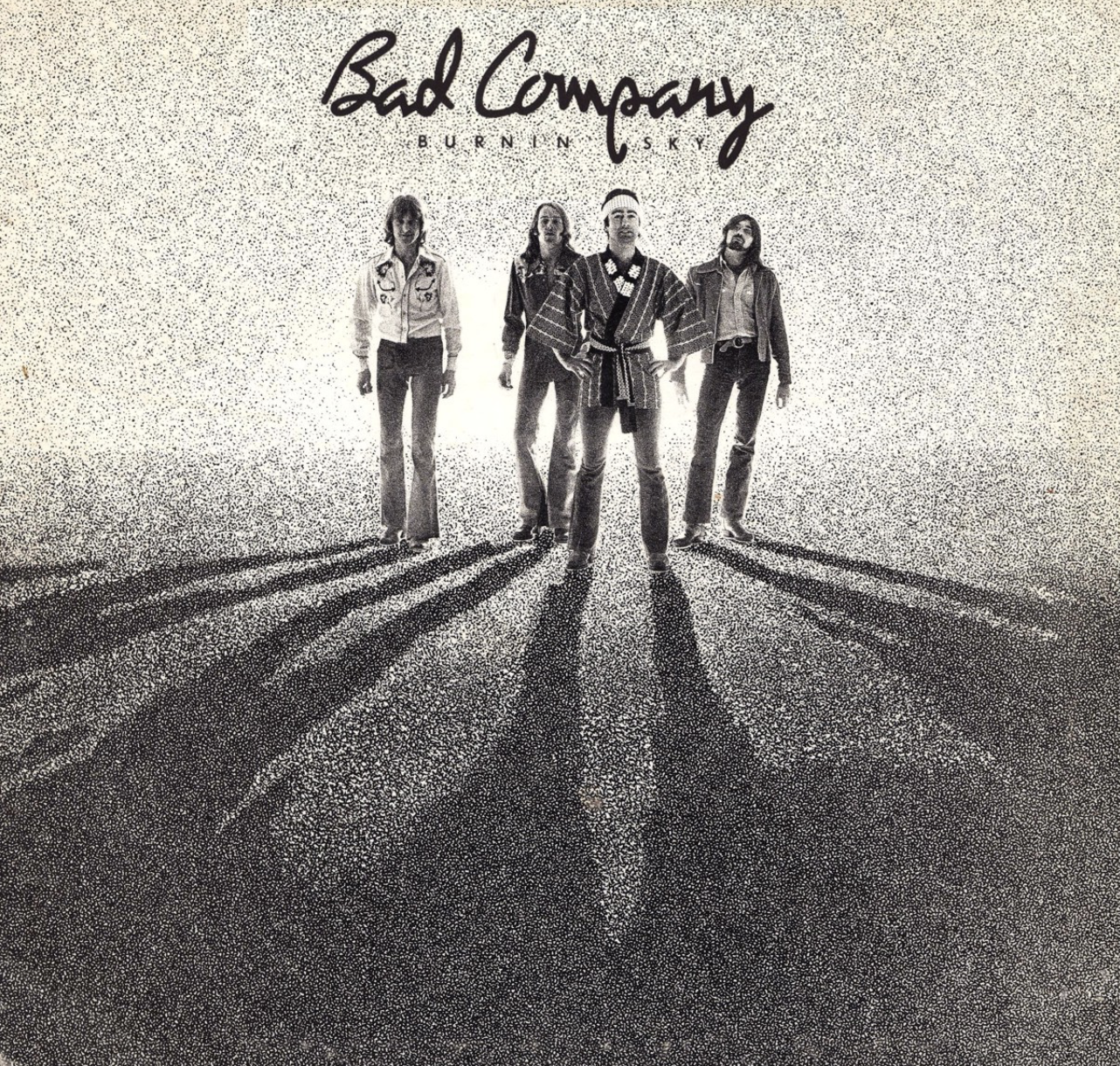 LAMONT’S MUSIC NOTES-MARCH 3, 2020…FORTY THREE YEARS AGO BAD COMPANY RELEASED THEIR FOURTH ALBUM ‘BURNIN’ SKY.’ THE RECORD WAS ACTUALLY PUSHED BACK TO THIS DATE FROM AN EARLIER RELEASE IN LATE 1976 BECAUSE THEIR RECORD COMPANY DIDN’T WANT IT TO COMPETE WITH THE BAND’S THE CURRENT ALBUM ‘RUN WITH THE PACK.’  THE LP FEATURES THE EPIC SONG ‘BURNIN’ SKY’ AND PAUL ROGERS ONCE DESCRIBED TO “CLASSIC ROCK REVISITED” HOW IT CAME TO BE: “I had the chorus to that. It just popped into my head one day – The Sky Is Burning. I didn’t know quite why the sky was burning and my soul was on fire. We needed material for the Burning Sky album. I was in a hotel in Paris the day before we were due to go into the sessions and I needed to write some songs. We had been on the road pretty heavily and we were pretty burned. I had the chorus and I worked the chords out for it. I worked out some verse chords. I went to the studio and I had them learn the chords but we had no lyrics at all. We counted it off and hit the button. We went into it, (singing) ‘The sky is burning’ and I wrote the lyrics on the spot. That was pretty amazing I thought. It was one take and I made the lyrics up as I went along.”

THE ALBUM ‘BURNIN’ SKY’ HAS SOLD OVER 1.5 MILLION COPIES. HERE’S BAD COMPANY WITH A GREAT VERSION (PAUL ROGERS IN CONCERT CAN’T BE BEAT, WHAT A PHENOMENAL VOICE)