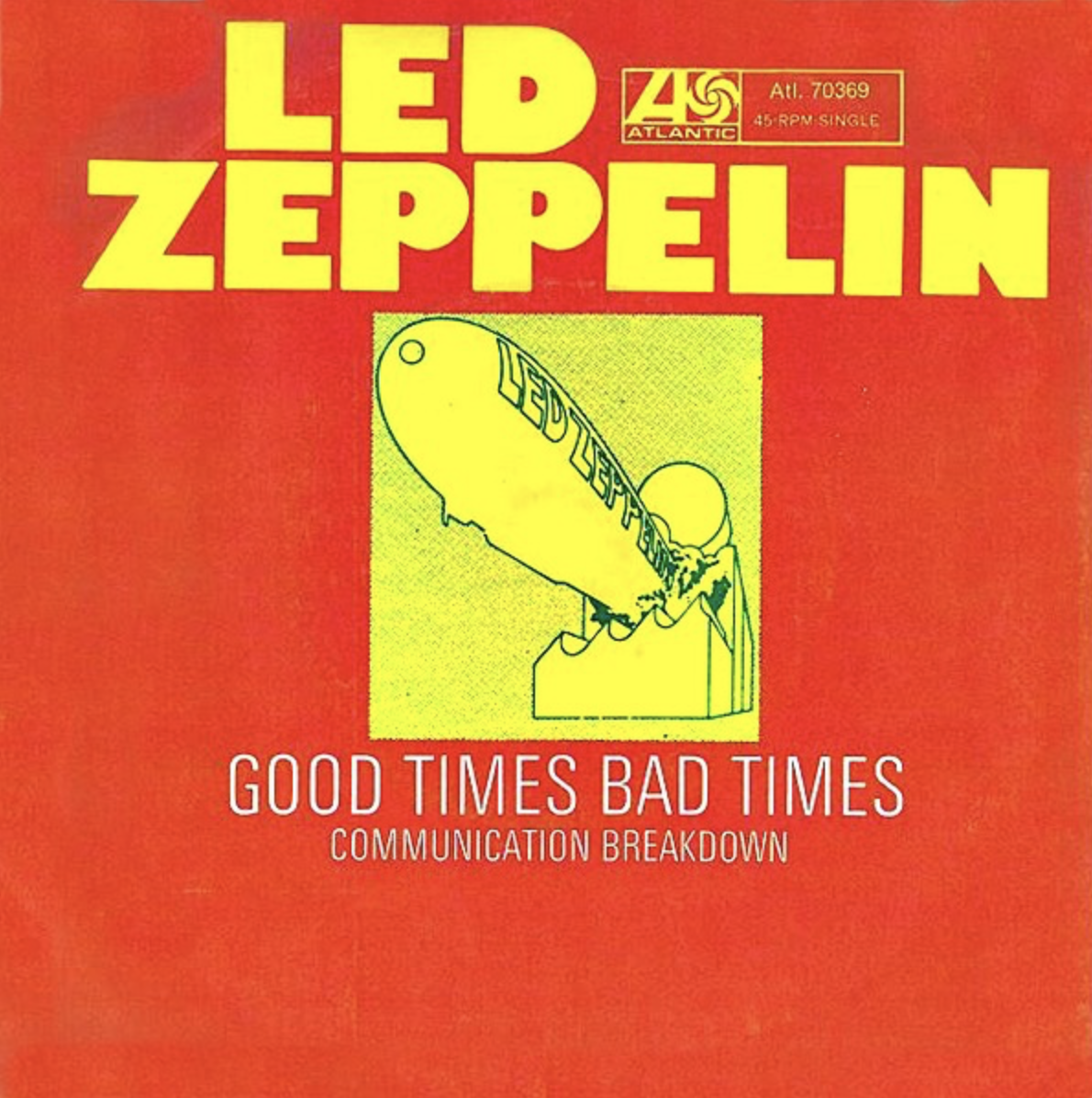 LAMONT’S MUSIC NOTES-MARCH 10, 2020…51 YEARS AGO LED ZEPPELIN RELEASED THEIR FIRST U.S. SINGLE. IT WAS THE FIRST SONG ON THEIR SELF TITLED DEBUT. JOHN BONHAM, JOHN PAUL JONES, AND JIMMY PAGE ARE CREDITED WITH WRITING THIS SONG, AND THERE IS NO CREDIT FOR ROBERT PLANT. THAT’S BECAUSE PLANT WAS CONTRACTUALLY TIED UP AT THE TIME AND DIDN’T WANT THERE TO BE LEGAL HASSLES, SO PLANT DIDN’T TAKE ANY WRITING CREDITS ON THE FIRST ALBUM. JIMMY PAGE EXPLAINED HOW THE SONG CAME TOGETHER IN HIS 2012 ROLLING STONE INTERVIEW: “John Paul Jones came up with the riff. I had the chorus. John Bonham applied the bass-drum pattern. That one really shaped our writing process. It was like, ‘Wow, everybody’s erupting at once.” Jimmy Page passed his guitar through a Leslie Speaker to create a swirling effect. The Leslie contains a rotating paddle and was designed for organs, but some musicians used it to process guitars and vocals. Eric Clapton used it on “Badge.” John Bonham used a device called a “Triplet” on his bass drum for this song to get a double bass pedal sound. He used the tip of his toe to flick the bass pedal back fast, creating an effect many drummers tried to copy. Jimmy Page explained in the BBC Book Guitar Greats, “‘Good Times, Bad Times,’ as usual, came out of a riff with a great deal of John Paul Jones on bass, and it really knocked everybody sideways when they heard the bass drum pattern, because I think everyone was laying bets that Bonzo was using two bass drums, but he only had one.”

WHEN THE BAND PLAYED AT THE O2 ARENA FOR A BENEFIT SHOW IN 2007 WITH JASON BONHAM SITTING IN ON DRUMS FOR HIS FATHER, THIS WAS THE FIRST SONG IN THE SET.  HERE’S THE DIGITALLY REMASTERED VERSION OF ‘GOOD TIMES BAD TIMES’ FROM ‘MOTHERSHIP’