He’s part of the support staff for “Bay 2 Brooklyn 2021.” A 3000 mile bike ride from Santa Clara to New York. 10 first responders will each ride the entire 3000 miles to the Brooklyn Bridge starting Sunday August. 1. They will arrive at Ground Zero for the 20th Anniversary of the attacks at the World Trade Center.

Tony is raising awareness for the event. He wants to acknowledge what these dedicated first responders are doing in memory of those who lost their lives on 9/11.

Christopher Titus will be performing at Nido’s Backyard in Oakland.

For tickets and more info go to: www.christophertitus.com

You can also go to: www.iwannahotbox.com

Jack Delmore graduated from the University of California, Berkeley last May. Jack played on CAL’s baseball team during his junior year and was supposed to play his senior year, but the pandemic caused their entire season to be canceled. That alone is such a bummer because he thought he would not have a chance to use up his last year of eligibility to play College Sports. Luckily, he was able to transfer to Holy Names University in Oakland and was recruited to play for their team.

Unfortunately, with his diagnosis, he’s not able to play this season, and instead he has begun treatment. Despite all these setbacks I’m so proud to find out that with the help of his team, they are partnering with the Make-A-Wish Foundation to raise money to help make a wish come true for another child in need. I respect how despite being sick he’s trying to pay it forward and help someone else get their wish fulfilled.

If you would like to make a donation to Jack Delmore’s Make-A-Wish Fundraiser aka the Delly Drive, please click here.

Thank you for the support, Boneheads.
-Baby Huey

More Info About the Delly Drive:

The Delly Drive campaign is inspired by Jack Delmore, a member of Holy Names’ baseball team and Hawk family, who was recently diagnosed with lymphoma cancer before the start of the season. Jack grew up in Alameda and attended Saint Joseph Notre Dame High school as well as Chabot JC. As a graduate transfer from UC Berkeley, the Hawks were expecting Jack to be an integral part of their team. Although the news came as a shock, Jack has taken this challenge head on with his family, friends, teammates, and Hawk Nation by his side.

Jack is a true inspiration not only on the baseball field, but as a young man. In true Jack form, Jack has decided to help others and partner with the Make-A-Wish Foundation to help make some young child’s dream come true.

A wish come true helps children feel stronger, more energetic, more willing and able to battle their critical illnesses. For many, the wish marks a turning point in the fight against their illnesses. Doctors, nurses and other health professionals say, the wish experience works in concert with medicine to make their patients feel better emotionally and even physically. That is why wishes matter.

The HNU Baseball team is taking on the Make-A-Wish pledge today with Jack leading the way. We hope you will join us in the Delly Drive to help reach our goal to make a wish for a child and their family today.

Stronger Than Cancer
Together for Delly

Lamont and Tonelli talked to Comedian Jo Koy about his new book “Mixed Plate: Chronicles of an All-American Combo.”

For more info go to: www.jokoy.com

Yesterday afternoon multiple lanes of traffic on Highway 101 near Highway 92 in San Mateo were shut down after Police surrounded a dump truck on the freeway with a man who had gotten out and climbed on top of a pile of what looked like gravel or asphalt in the back.

At first it looked like he was going to give up and surrender but then he appeared to throw whatever was in the back of the truck at officers, which led the Police Officers to move in and arrested him.

The man was taken away on a stretcher.

Lamont & Tonelli interviewed Paul “Anthem” Stanley from KISS about his upcoming new album with Soul Station titled Now And Then, available for preorder ahead of the March 19th release at paulstanley.com.

KISS co-founder & frontman, best-selling author and Rock & Roll Hall of Famer PAUL STANLEY’s Soul Station released their brand-new track “I, Oh I”. Written, arranged, and orchestrated by Paul Stanley, “I, Oh I” is the first original song to be released from the band’s forthcoming album Now and Then, out on March 19 via UMe, available for pre-order. A collection of nine classic soul covers and five original tracks, Now and Then will also feature the band’s acclaimed version of Five Stairsteps’ “O-O-H Child” as well as their take on The Spinners, “Could It Be I’m Falling In Love.”

Set for release on March 19, Now and Then is the first-ever full-length album from Soul Station: A band gathering some of today’s leading musicians to pay tribute to the greatest artists and songs from the R&B and soul catalog to keep this vital music current. While a surprise to many, Stanley’s early pivotal roots in this music has quietly turned this passion into a celebrated touring and recording band. Stanley’s 15-piece ensemble group has toured the U.S. and Japan, but it wasn’t until recently that they were able to get in the studio together and record Now and Then.

Lamont & Tonelli chat with Canadian-American journalist Ashleigh Banfield. Banfield and Lamont’s friendship go back to when she was club reporter years ago, however she joins the show this morning to promote her new show Banfield, which will premier on NewsNation on March 1st. What’s NewsNation? It’s “24-hour news channel, that is all fact and no opinion,” says Ashleigh. The show will revive the “Larry King” in-depth interview format while staying true to NewsNation’s mission of unbiased news. She’s bringing back a news and entertainment format with an hour-long show each weeknight dedicated to a single guest.

When asked ‘What’s the weirdest thing she’s ever seen out in the field?” Let’s just say it had Lamont saying ‘I would have crapped my pants right there in the car, and said ‘shoot me'” and Chasta “first flight outta there”.

Starting March 1st, Nexstar Media Group’s cable network WGN America is expanding its news programming to five hours on weeknights, and it’s officially rebranding as NewsNation. The prime time line up will be as follows: 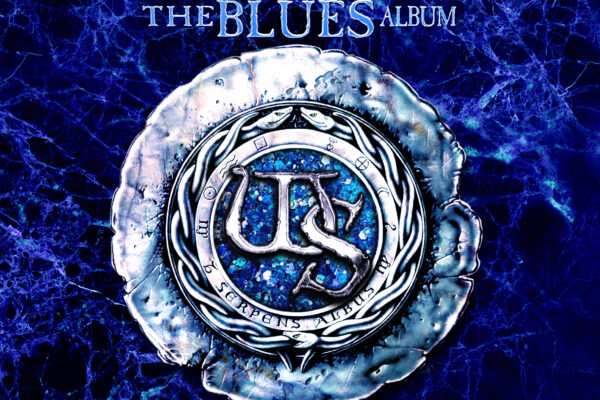 “Red, White and Blues Trilogy” is out now.

Listen to Lamont and Tonelli’s interview with David Coverdale below. 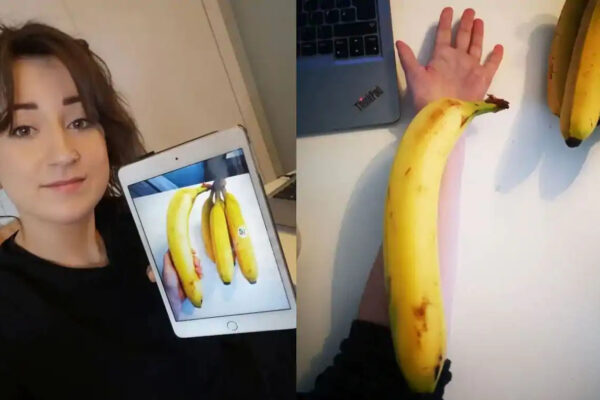 LOOK AT THE SIZE OF THIS BANANA 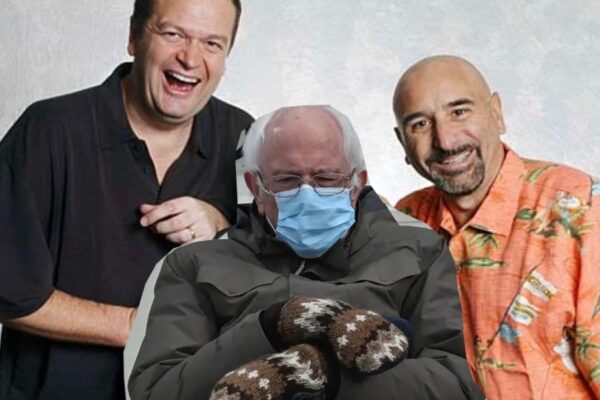